The food and agriculture organization (FAO) of the United Nations has warned Uganda against the use of genetically modified organisms (GMOs) to improve food production saying they impact on the environment.

This comes as parliament is considering the National Biotechnology and biosafety bill 2012, whose objective includes providing for development and general release of Genetically Modified Organisms (GMOs) in Uganda.

The bill also provides for a regulatory framework to facilitate safe development and application of biotechnology.

However addressing Journalists over the weekend, the director general of FAO José Graziano da Silva opposed the use of GMOs as means of increasing food production to fight hunger.

"We don"t need them now, we don"t know what will happen to areas of production and the crops," said Graziano Brazil"s extra ordinary minister of food security and fight against hunger.

Graziano noted FAO was not against GMOs saying there was need for countries practicing GMO to ensure that such foods are safe for human consumption.

"It is risky for continents whose crops have GMOs; we want to ensure that proper security measures related to environment contamination are taken. Our position as FAO is not that we are against GMOs but we are saying we don"t need them now to eradicate hunger," said he said.

He advised that instead of using GMOs, countries should apply the technology of the green revolution that was used 50 years ago.

"If we used this, we would be able to multiply the produce by 10 or more times," Graziano said.

Graziano further noted that in case GMOs are used, NGOs" products should be labeled so as to give the consumer the right to choose if they want or don"t want to eat.

However state minister for agriculture Nyiira Zerubabel Mijumbi who was in company of Graziano at FAO headquarters in Wandegeya Kampala, said government was considering a bill to regulate GMO adding that there should be quality assurance.

三、纽约时报报道，美国最大的食品零售超市公司决定五年内在美国和加拿大全面实行转基因食品标识(Major Grocer to Label Foods With Gene-Modified Content; Whole Foods will begin using new labels in 2018 at 339 stores, including this one in Santa Monica, Calif. By STEPHANIE STROM, NYT, Published: March 8, 2013 )

Whole Foods will begin using new labels in 2018 at 339 stores, including this one in Santa Monica, Calif.

A. C. Gallo, president of Whole Foods, said the new labeling requirement, to be in place within five years, came in response to consumer demand. “We’ve seen how our customers have responded to the products we do have labeled,” Mr. Gallo said. “Some of our manufacturers say they’ve seen a 15 percent increase in sales of products they have labeled.”

Genetically modified ingredients are deeply embedded in the global food supply, having proliferated since the 1990s. Most of the corn and soybeans grown in the United States, for example, have been genetically modified. The alterations make soybeans resistant to a herbicide used in weed control, and causes the corn to produce its own insecticide. Efforts are under way to produce a genetically altered apple that will spoil less quickly, as well as genetically altered salmon that will grow faster. The announcement ricocheted around the food industry and excited proponents of labeling. “Fantastic,” said Mark Kastel, co-director of the Cornucopia Institute, an organic advocacy group that favors labeling.

The Grocery Manufacturers Association, the trade group that represents major food companies and retailers, issued a statement opposing the move. “These labels could mislead consumers into believing that these food products are somehow different or present a special risk or a potential risk,” Louis Finkel, the organization’s executive director of government affairs, said in the statement.

Mr. Finkel noted that the Food and Drug Administration, as well as regulatory and scientific bodies including the World Health Organization and the American Medical Association, had deemed genetically modified products safe.

The labeling requirements announced by Whole Foods will include its 339 stores in the United States and Canada. Since labeling is already required in the European Union, products in its seven stores in Britain are already marked if they contain genetically modified ingredients. The labels currently used show that a product has been verified as free of genetically engineered ingredients by the Non GMO Project, a nonprofit certification organization. The labels Whole Foods will use in 2018, which have yet to be created, will identify foods that contain such ingredients.

The shift by Whole Foods is the latest in a series of events that has intensified the debate over genetically modified foods. Voters defeated a hard-fought ballot initiative in California late last year after the biotech industry, and major corporations like PepsiCo and Coca-Cola, spent millions of dollars to fight the effort. Other initiatives have qualified for the ballot in Washington State and Missouri, while consumers across the country have been waging a sort of guerrilla movement in supermarkets, pasting warning stickers on products suspected of having G.M.O. ingredients from food companies that oppose labeling. Proponents of labeling insist that consumers have a right to know about the ingredients in the food they eat, and they contend that some studies in rats show that bioengineered food can be harmful.

“We’ve had some pretty big developments in labeling this year,” Mr. Hirshberg said, adding that 22 states now have some sort of pending labeling legislation. “Now, one of the fastest-growing, most successful retailers in the country is throwing down the gantlet.”

He compared the potential impact of the Whole Foods announcement to Wal-Mart’s decision several years ago to stop selling milk from cows treated with growth hormone. Today, only a small number of milk cows are injected with the hormone.

Karen Batra, a spokeswoman for BIO, a trade group representing the biotech industry, said it was too early to determine what impact, if any, the Whole Foods decision would have. “It looks like they want to expand their inventory of certified organic and non-G.M.O. lines,” Ms. Batra said. “The industry has always supported the voluntary labeling of food for marketing reasons.”

She contended, however, that without scientific evidence showing that genetically modified foods caused health or safety issues, labeling was unnecessary.

Coincidentally, the American Halal Company, a food company whose Saffron Road products are sold in Whole Foods stores, on Friday introduced the first frozen food, a chickpea and spinach entree, that has been certified not to contain genetically modified ingredients.

More than 90 percent of respondents to a poll of potential voters in the 2012 elections, conducted by the Mellman Group in February last year, were in favor of labeling genetically modified foods. Some 93 percent of Democrats and 89 percent of Republicans in the poll, which had a margin of error of plus or minus 3.1 percent, favored it.

But in the fight over the California initiative, Proposition 37, the opponents succeeded in persuading voters that labeling would have a negative effect on food prices and the livelihood of farmers.

That fight, however, has cost food companies in other ways. State legislatures and regulatory agencies are pondering labeling on their own, and consumers have been aggressive in criticizing some of the companies that fought the initiative, using Twitter and Facebook to make their views known.

Buoyed by what they see as some momentum in the labeling war, consumers, organic farmers and food activists plan to hold an “eat-in” outside the F.D.A.’s offices next month to protest government policies on genetically modified crops and foods. Whole Foods, which specializes in organic products, tends to be favored by those types of consumers, and it enjoys strong sales of its private-label products, whose composition it controls. The company thus risks less than some more traditional food retailers in taking a stance on labeling.

In 2009, Whole Foods began submitting products in its 365 Everyday Value private-label line to verification by the Non GMO Project.

But even Whole Foods has not been immune to criticism on the G.M.O. front. A report by Cornucopia, “Cereal Crimes,” revealed that its 365 Corn Flakes line contained genetically modified corn. By the time the report came out in October 2011, the product had been reformulated and certified as organic.

Today, Whole Foods’ shelves carry some 3,300 private-label and branded products that are certified, the largest selection of any grocery chain in the country.

Mr. Gallo said Whole Foods did not consult with its suppliers about its decision and informed them of it only shortly before making its announcement Friday. He said Whole Foods looked forward to working with suppliers on the labeling.

A version of this article appeared in print on March 9, 2013, on page A1 of the New York edition with the headline: Major Grocer to Label Foods With Gene-Modified Content. 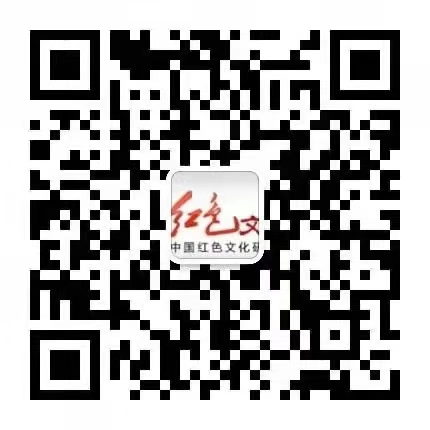